We’re all about changing lives… 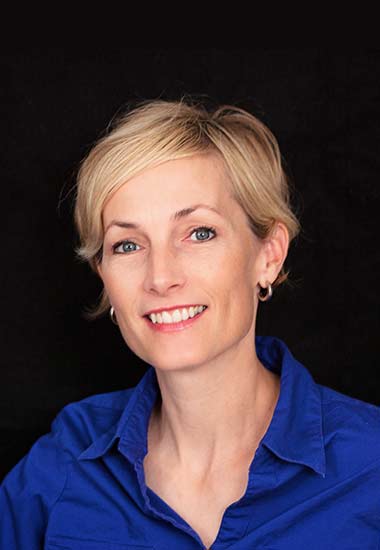 Kelly Raggazino, Executive Director of Open Hearth, has been with the nonprofit organization for 20 years. Kelly was appointed Executive Director in January 2015 after holding several positions within the organization, starting with direct service work. Open Hearth started with just one program but now the organization has grown to administer a total of 11 programs to meet the various needs of our community in the area of housing, transportation, financial management, and community building efforts. Through Kelly’s leadership, in the last two years, the organization started several new partnerships, added four programs, and more than doubled its operating budget.

Outside of her executive role at Open Hearth, Kelly served as the Vice President of The Community Coalition for 5 years and remains an active member of their Executive Committee.  She also co-chairs the Phoenixville Area Cross-Systems Partnership, focusing on the mission to reduce barriers of those experiencing homelessness. Lastly, Kelly was appointed to be Decade to Doorways’ Governance Board Chair, which is a wonderful testament to her dedicated leadership, not only at Open Hearth, but throughout Chester County as a whole. As the Governance Board Chair, Kelly will oversee establishing and enforcing policies that will lead towards meeting desired system outcomes; evaluating and improving the performance of programs and the overall system by utilizing shared performance measures; evaluating new funding opportunities, and much more! 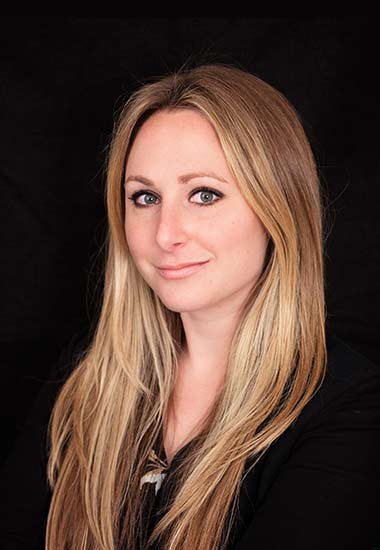 Katelyn is an American University alumna who holds a Bachelor’s Degree in Psychology and a minor in Justice. She began her career in social services as a Resource Coordinator at nonprofit behavioral health agency in a role that required her to manage a large caseload of clients with severe and persistent mental illness that needed housing and other various resources, such as welfare and disability benefits, substance abuse treatment, and vocational support. In this role, she developed a passion for and success with coordinating and securing permanent housing solutions for individuals and families experiencing homelessness, which ultimately led to her recruitment by Open Hearth.

Katelyn joined Open Hearth’s team in May 2013 as a Program Coordinator and was later promoted to Lead Program Coordinator. In September 2015, Katelyn accepted a position at a large insurance company, where she served as the single point of contact for a highly sensitive and business critical book of business and spearheaded a project to create and implement a training and performance tool. Nevertheless, Katelyn’s passion always lied in social services and returned to Open Hearth in August 2017 as the Director of Programs. Outside of her role at Open Hearth, Katelyn also co-chairs Decade to Doorways’ Coordinated Entry Committee, which is responsible for the development, evaluation, implementation and administration of Chester County’s coordinated entry system. 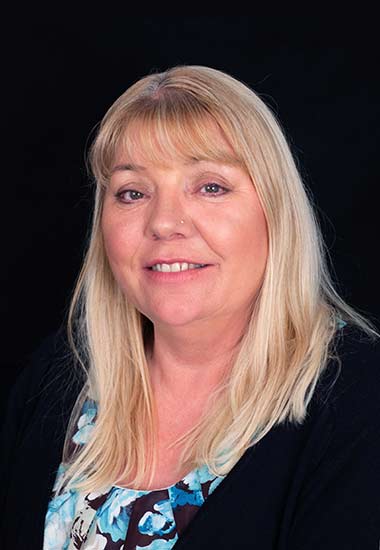 Armed with a certificate in bookkeeping and vast customer service and administrative experience, Debbie joined Open Hearth in March 2006 as a Program Coordinator. Just like her days in the United States armed forces, Debbie rose in rank and now serves as our Office Manager, and is primarily responsible for coordinating, initiating, and performing all of Open Hearth’s clerical and secretarial duties, in addition to program and operational support. 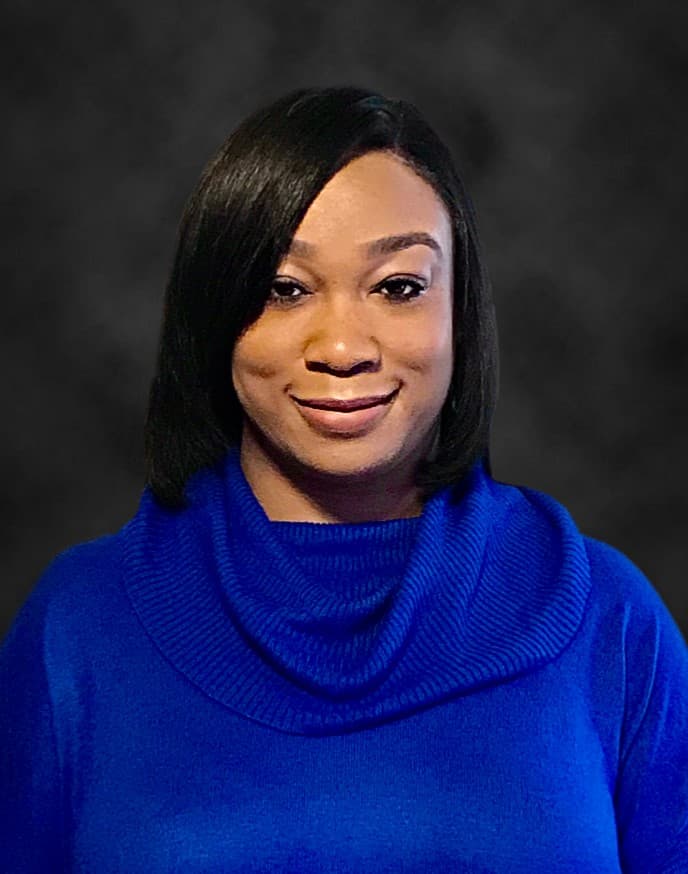 Rebecca has served in the human services field for over 12 years following the completion of a Bachelor of Science degree in Psychology from Howard University in Washington, D.C. She began her career as a novice case manager for a child welfare agency, where she supervised foster parents and ensured the well being of children in foster care placement. While continuing to work with individuals and families, Rebecca went on to obtain a Master of Science degree in Clinical and Counseling Psychology from Chestnut Hill College. A true counselor at heart, Rebecca has worked in various roles in the mental health field including Individual and Family Therapist, Community Counselor, Resident Services Coordinator, and most notably she held a position as a manager at a youth crisis shelter in Philadelphia. As the Housing Programs Manager, Rebecca brings a wealth of experience in working with diverse populations. 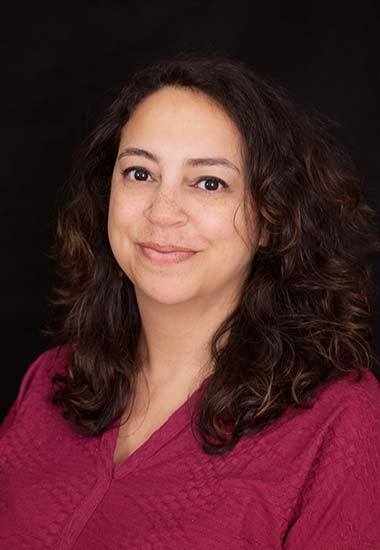 Nettie brings to Open Hearth her diverse background in nonprofit program management. Before joining Open Hearth’s staff in March of 2015, Nettie served as a manager for Maternal & Child Health Consortium’s (MCHC) Healthy Start program. Prior to joining MCHC, Nettie worked in several capacities within the workforce development division of JEVS Human Services. She also has experience working with youth mentoring, scholarships and afterschool programs in New York City.  Nettie holds a B.A. in English and Communications from Rutgers College and a Master’s degree in Education from Rutgers University. 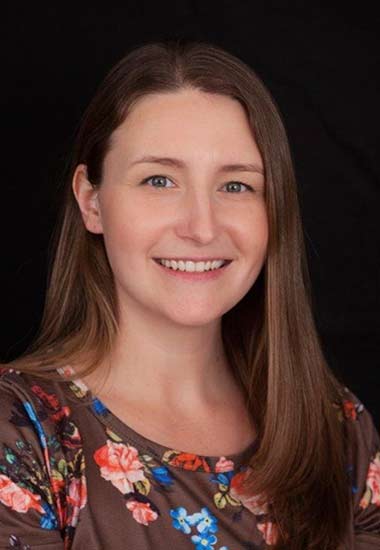 Amber began her career in social services as a housing case manager in 2006 following her graduation from Arcadia University, where she earned her Bachelor’s Degree in Psychology and Sociology.  In this role, she provided housing-focused case management to individuals and families experiencing homelessness in Chester County. This experience taught her that homelessness can impact anyone and gave her a strong understanding into the array of social service systems and housing opportunities for people struggling to maintain housing stability.  It also brought her in contact with Open Hearth; she soon left her case management job for a Program Coordinator position at Open Hearth in 2008.

Starting January 2020 – in an effort to accomplish Chester County’s Decade to Doorways goal of ending homelessness by 2022 – Amber will be responsible for developing and managing the by-name list for Chester County in her new role as the Targeted Homeless Resource Coordinator. 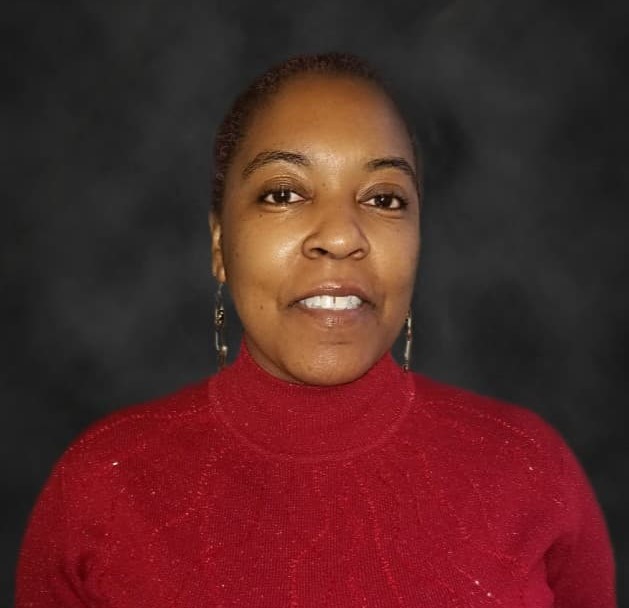 Anne is a University Of Phoenix alumna who holds a Bachelor of Science in Business Management. She began her career in customer service, where her focus was on problem resolution and quality service. She has volunteered in several community programs such as the Special Olympics; Salvation Army food bank, weekly meals, and Christmas program; singing at nursing homes; and various church activities. As the Permanent Housing Program Coordinator, Anne brings her extensive knowledge in administration, customer service, finance, interpersonal communication, and problem resolution. She seeks to continue the success of Open Hearth with quality service and respect for all. 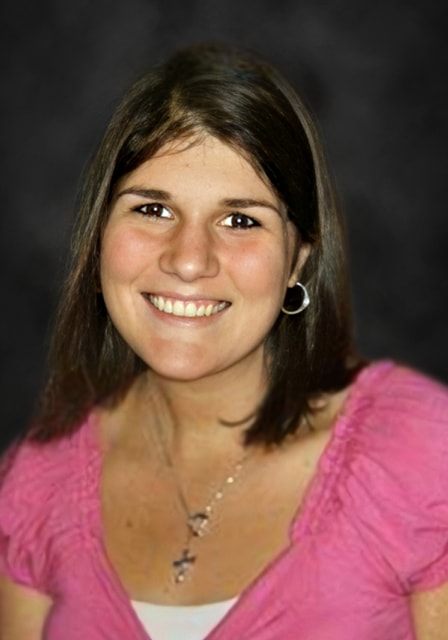 Laura brings to Open Hearth a professional background in the mental health and developmental disabilities field. Most recently, she was a case worker at a psychiatric crisis hospital in Montgomery County, PA. Laura has her Master’s Degree in Community Psychology from Sage Graduate Schools in Albany, NY. This sparked her interest in wanting to work in a field dedicated to facilitating change in community settings by addressing mental health and community welfare issues through prevention and intervention strategies.

Laura will utilize her skills and passion for this work in her role at Open Hearth as the Supportive Services Coordinator as part of the Continuum of Care Permanent Supportive Housing Program. 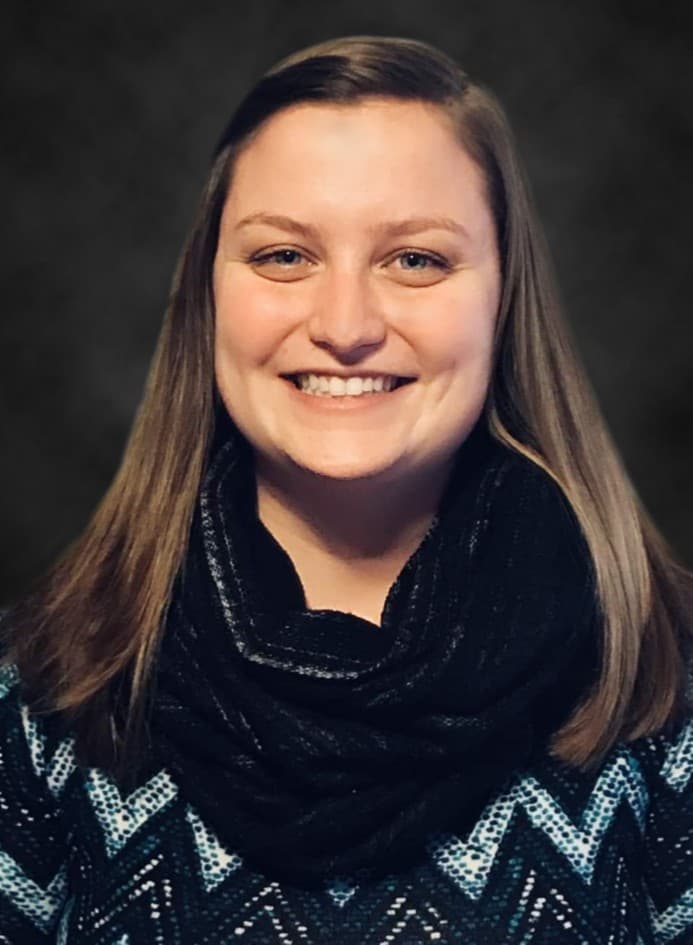 Annie Morris is an Eastern University graduate with her Bachelor’s degree in social work.  During her time at Eastern, Annie interned with both a transitional housing program and Nationalities Service Center, where she supported foreign nationals in working towards stability in the United States.  After graduating, Annie moved to Quito, Ecuador to work at a resident home for women and children who were survivors of domestic violence.  Annie also participated in Casa Adalia’s outreach team and co-lead a mobile case management program for women in the community.  After returning to the United States, she worked with the Salvation Army as a case manager in an anti-trafficking transitional housing program.

Annie brings a variety of experiences in the housing sphere, as well as a passion for helping individuals who are experiencing vulnerability to work towards stability and a hopeful future. 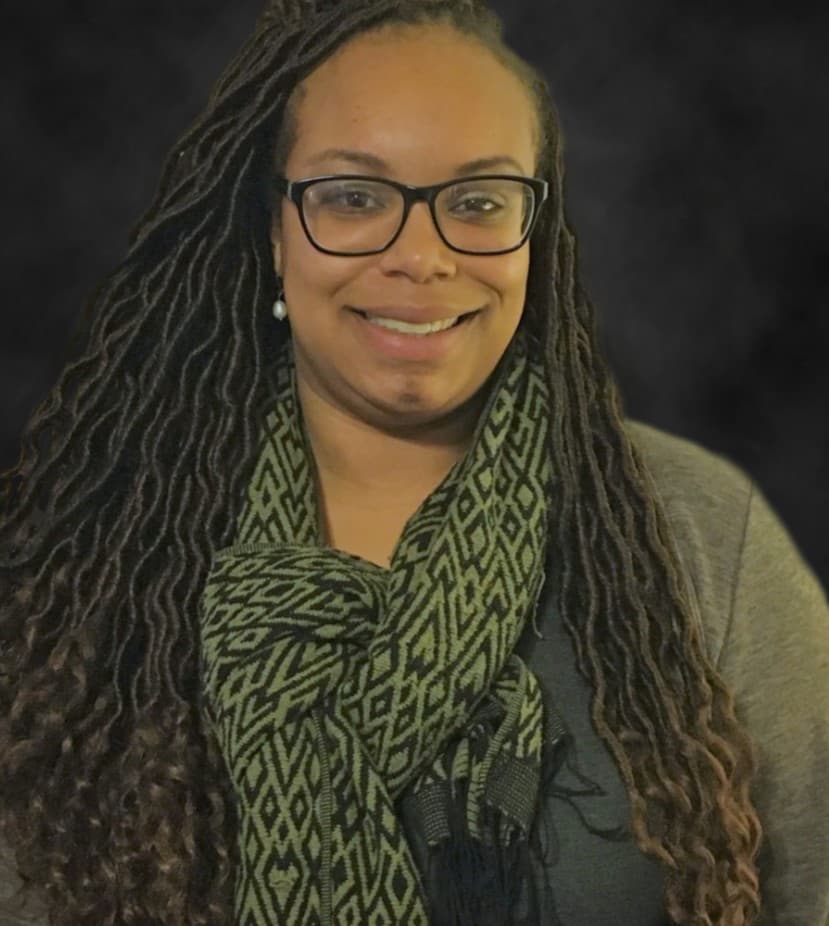 Taryn Alexander is an alumna of West Chester University where she earned both a Bachelor’s and Master’s degree in social work. She obtained her first post-graduation employment opportunity at a community outpatient mental health agency that serves children and teens. In this role, Taryn provided individuals and families with outpatient therapy to help identify client strengths and teach utilization of coping skills to help manage and stabilize moods. From there, Taryn accepted a Resource Coordinator position at another community outpatient mental health agency and transitioned to the role of homeless acute case manager. During that time, Taryn provided services to individuals with mental health diagnoses who were experiencing homelessness. She helped clients identify and address barriers that would help them meet their goal of housing stability, while also ensuring that their mental health needs were being addressed. After several years, Taryn moved to another agency where she served as a Truancy Mobile Therapist and Behavioral Specialist Consultant, providing wraparound services for children and teens. In this role, Taryn provided individual and family psychotherapy to clients, and developed treatment plan goals that would address truancy concerns and behavioral management interventions across various settings. Taryn joined Open Hearth as the Family Savings Partner Program Coordinator in December of 2019. 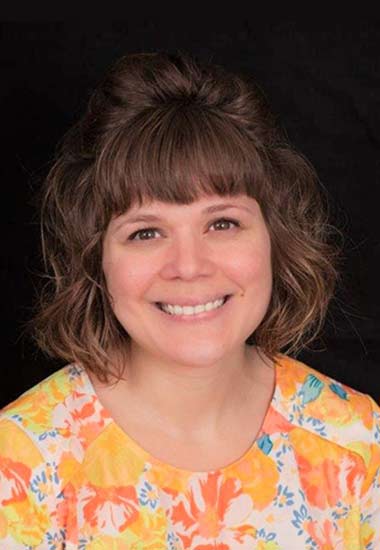 Ashley joined Open Hearth’s staff during the summer of 2012 at the conclusion of her yearlong internship at Open Hearth while finishing her Bachelor’s of Social Work degree at Alvernia University. Ashley serves as the Financial Navigator for Open Hearth and The United Way of Chester County Financial Stability Center in Exton, PA.  In this role, Ashley assists customers with personal and financial goal setting, which includes financial insight and resource coordination with the overall goal of supporting her customers in achieving their goal(s) of increasing income, decreasing debt, and increasing assets.

Scroll back to top 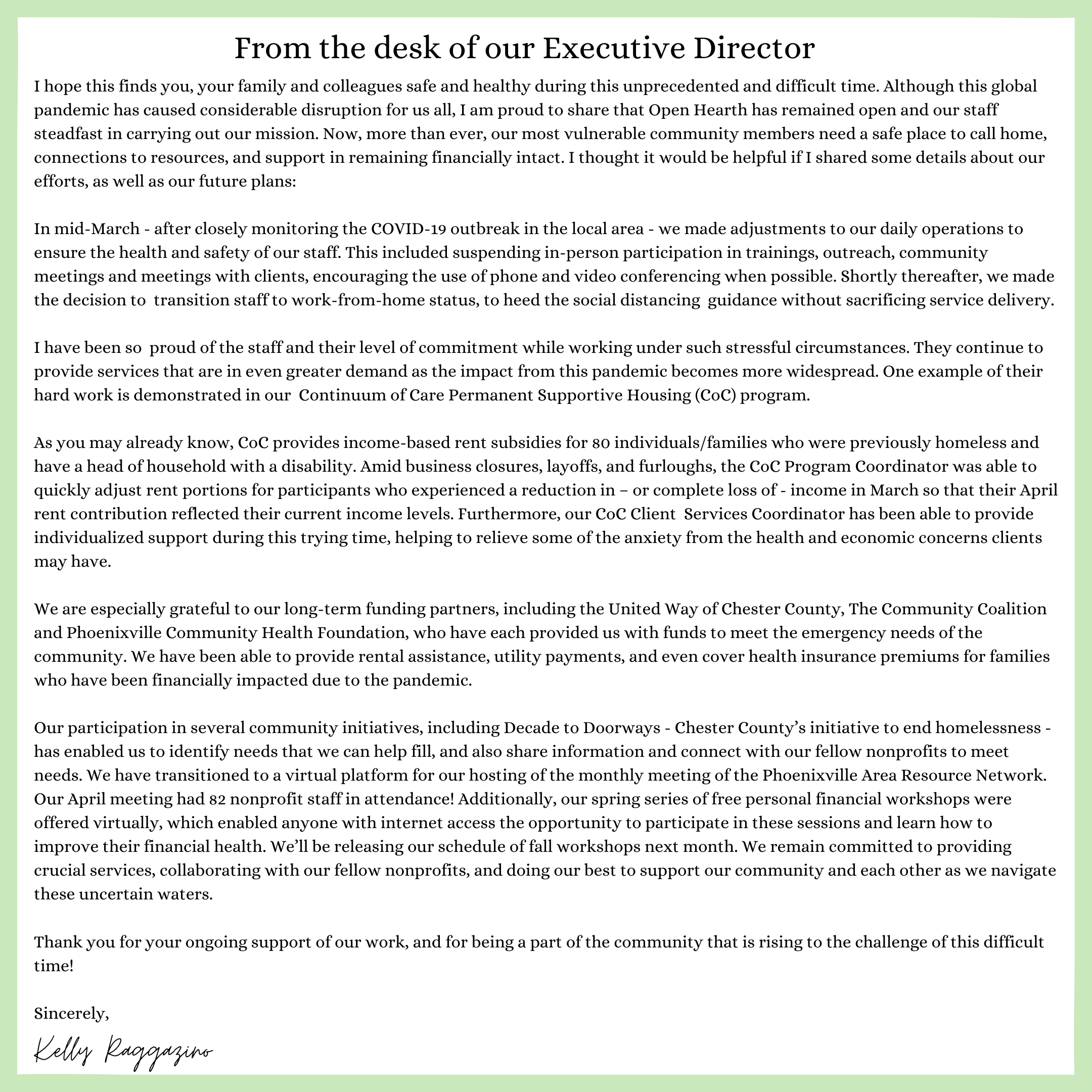